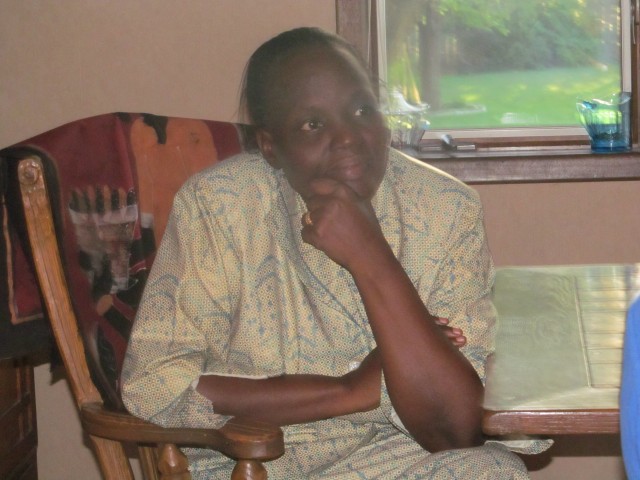 Nope.  She didn’t forget a thing.  She’s a seasoned traveler and has been all over the world.  She knows what she’s doing when it comes to hopping on planes and heading for the unknown.  Alone.

So, she didn’t leave her toothbrush or a set of keys or anything like that.  Nope.  Not her.  That sharp mind of hers is always racing ahead of everyone and everything.  Forgetting things is not in her vocabulary.  Neither is quitting.

The last night she was here, we sat around the table and shared some Bible verses and talked and prayed.  (If Joanna has never prayed over and with you, you missed something special.)  She laughed about how we all met in Colorado Springs years ago.  How she had never held a conversation with a strange man quite like she had with Big Boss.  Joanna called it G-d’s appointment.  A very apt description.  We all agreed that G-d had timed our appointed meeting perfectly.  And that wasn’t the only time His timing was perfect.

Like when the orphanage desperately needed a water well.  The women and children were walking 5 miles to the river, filling their clay jugs with water that was far from clean and then walking back to their huts.  And then repeated the trip over and over…

So our little church began to pray about their need for a well.  And we started taking in donations from our congregation.  And our sister church just down the road began to do the same.  A water well for those people was imperative.  The water they were drinking was making them sick/sicker.  And the distance they had to walk to get that dirty water was unimaginable!  I kept thinking about my Mother’s tales of her girlhood when she was sure her hands were going fall off from hauling water from the creek.  That was in the dirty ’30’s…over 75 years ago!!

It “just so happened” that one of our hunters that fall was connected to Living Water…the group that travels worldwide drilling water wells in places of need.  He’d have someone call.  They called but they had no funds at that time.

A while later,  a man sent money to Living Water specifically designated for Burkina Faso.  The donor said G-d had directed him to that country for a special reason but he didn’t know why.  Living Water told him they didn’t have any of their people in Burkina.  The donor said to just hang on to the check.  A week later, a Living Water missionary called headquarters and said they felt G-d’s call to go to Burkina.  Bingo.  Living Water  had  found their “people”!  The orphanage had their well within the next six months.  No more carrying water on the heads of the Burkinese people!  And it was clean water coming from that well!

Coincidence?  No way.  The Lord knows all our ways and He times everything in His time.  Simple as that.  I’ve seen it  happen over and over.  Especially where Joanna is concerned.  Not only is she a woman of prayer and a daughter of G-d, she works hard to make the orphanage work. Sometimes by helping care for sick child.  Sometimes by attending a meeting with government official.  Sometimes by coming to the US to tell us about the children she loves. 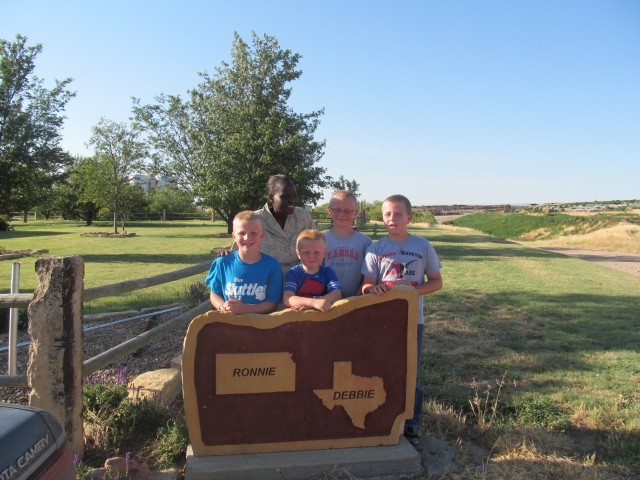 This entry was posted in Christianity and tagged Burkina Faso, Living Water, orphanage. Bookmark the permalink.