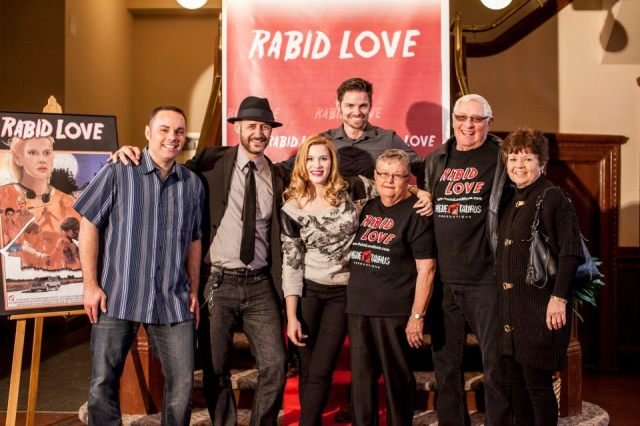 I’ve been at it again. Going to movie premieres first in NYC for The Hobbit and then to Dodge City for Rabid Love.  You remember that one? Yep, I got a special invite to Rabid Love.  Well,  the production designer’s (Lance Ziesch) mom called me to tell all about the doings and surely I’d want to come??! After all, I was part of the “prop” team!

I know. I know.  You’re jealous of me being a two-time movie premiere attendee.  I’m just lucky I guess.  I keep getting these invitations to travel world-wide…ok nation-wide…all right, county-wide…to view the latest and the greatest movies, making their debuts into film history.

As I did not do for the NYC premiere…I did not go out and buy any new clothes and did not have a make-over, although that would’ve been nice and very welcome! No limos picked me up…just drove myself over in the Channel Chevy pickup  as Big Boss got hung up at the farm.  Argh!

You may remember that my first premiere experience was much, much farther away so I hopped into one of United’s jets to attend the opening of The Hobbit in New York City last December.  And while the premiere in the Big City was better attended and glitzier with huge names taking bows along the red carpet, I was much more at ease at my second premiere.  After all, I had to travel just 40 miles to this one in my boots and jeans yet!  And afterwards, I could pick up a few groceries at the local Wally World and grab a cup of coffee as I left town to keep me wide awake at the unearthly hour of 11:00 PM!!  Yikes!

Admittedly, my heart did beat faster at the sight of Andy Sirkus, Richard Armitage, Elijah Wood, William Kircher and Graham McTavish as they made their way down the NYC street to greet fans. 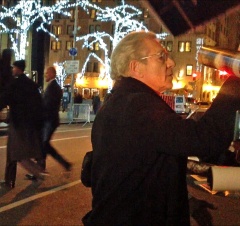 Ian McKellen at the NYC premiere. My cap from Frenz’s vid using my iPad. TEAMWORK! 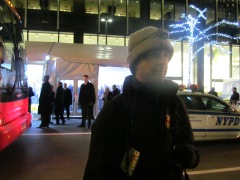 Andrew, the Photographer from Australia! My cap from Frenz Vids. 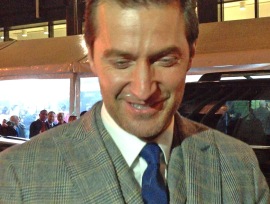 Richard Armitage aka Thorin Oakenshield from Frenz Vids. My cap. 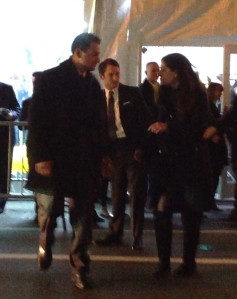 In the center, Elijah Wood decides not to brave the crowds! My cap from Frenz Vids. 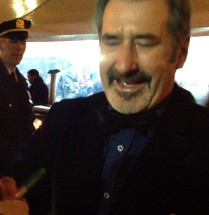 William Kircher aka Bifur signs a photo for @nancyjohnson1 in NYC. My cap. 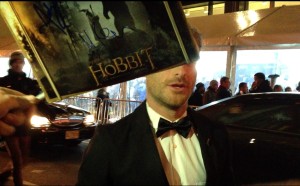 My view of Dean O’Gorman thanks to the Autograph Terrorists. Gotta love those guys. My cap from Frenz Vids. Sounds official doesn’t it?! 🙂

BUT…the premiere of Rabid Love in Dodge City was less crowded  and I didn’t have to fight off autograph terrorists!

Yay me! In fact, I was the one giving/offering autographs as I had extra Miracle Whip jars in the back of the truck.  Funny, no one asked.  Sigh. 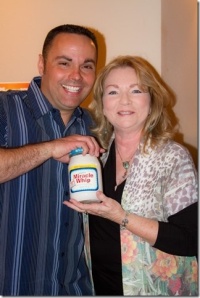 All this to say, the movie, Rabid Love, that was shot in our teensy little town last summer had it’s Grand Opening last Saturday night..more like a screening, I was told.  But I wouldn’t know the difference, sad to say.

I went expecting the absolute worst.  I was prepared to leave after about the first 15 minutes.  Why wouldn’t I give the movie a chance, you might ask??  Well, I just don’t do horror films.  Of any kind, anywhere, anytime.  Nope. Not me.  They give me bad dreams.  So I was positive that I’d eat my dinner at the theater, sit politely for a few minutes while the movie got going and then sneak out before I made a spectacle of myself in some horribly humiliating way.  I was playing it safe. Period. 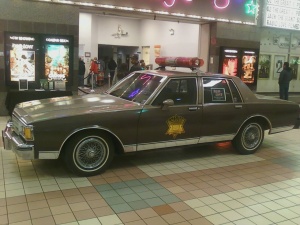 The Hodgeman County Sheriff’s car, created for Rabid Love the movie, was parked inside the mall in front of the movie theater for the Sunday night screening. Photo courtesy of Candace Ruff

But I managed to last out through the credits!  Surprised?  I certainly was!  No terrible gore. Not a lot of blood.  A little campy.  More insinuated sex scenes than I cared for..perhaps a little gratuitous?  But that’s just my opinion, for what it’s worth!  🙂 I had FUN! 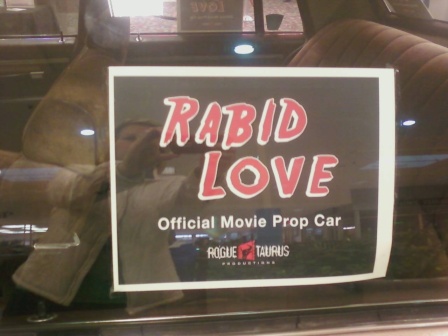 Sign on the sheriff’s car. Photo courtesy of Candace Ruff.

The best part?  Seeing our little town of 2oo on the big screen.  How cool was it to see the cast stop at the filling station named after my father-in-law?!!  And to see the unpaved streets that I’m so familiar with? And then there were the Miracle Whip jars that I filled with paint.  I gotta say, in all humility, those were durned good jars!  🙂 Plus, I met Hayley Derryberry, Rabid Love’s lead actress…nice little gal!

And yes, I saw my name…along with half the town’s…in the credits.  After all, as Paul Porter, the movie’s director, actor and producer said, “Two things you should know about independent films…we work on limited budgets and we stay and watch the credits.” 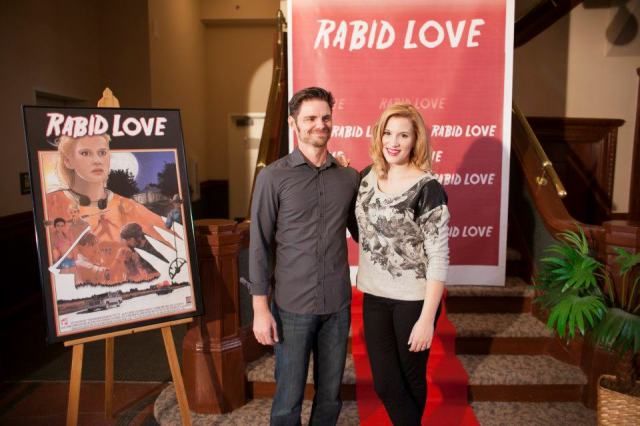 Looking back though, I will have to admit that New York City’s Central Park was a bit more impressive than Dodge City’s city park.  New York City was so much fun… 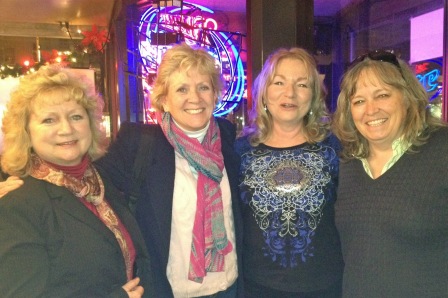 New friends morph into old friends at the little Greek restaurant on the corner! 🙂